Introduction: Oral submucous fibrosis (OSMF) is a premalignant disorder, mainly caused by betel nut chewing in various forms. It is found in the Asian subcontinent. Aim: The purpose of the study is to evaluate the OSMF as benign or malignant by evaluating aggravating factors in detail to avoid unnecessary intervention in OSMF as well as for the better treatment plan. Materials and Methods: Total numbers of 61 cases of clinically diagnosed OSMF which include 22 cases of OSMF alone and 22 cases of OSMF with associated like chronic traumatic ulcer, speckled leukoplakia or any other red or erosive lesions (Aggravating factors) were included for this study. This study was done on the basis of age group, sex, habit duration, types of habit, aggravating factor, investigation, treatment plan and follow up according to group of OSMF. After collecting data, they were analyzed statistically. Results: From 61 OSMF cases, 42.5% of group 1 patients were in 20-29 years age and 33.3% of group 2 in 30-39 years age with M:F ratio of 2.6:1 in group 1 and 9.5:1 in group 2. In both the groups, maximum no of patients had habit of betel nut with tobacco. Cytological smear was done in 5 (23.8%) and biopsy was done in 6 (28.5%) patients of group 2. According to the grade of OSMF treatment was decided.Conclusion:When aggravating factors like smoking + smokeless tobacco habit, pouching tobacco habit, chronic irritating factors (sharp teeth/ restorations) and partially impacted/ buccally placed 3rd molar were associated with OSMF, there was more chances of converting into malignancy with the malignant potential of 28.57% which was underestimated before.

This work is licensed under a Creative Commons Attribution-NonCommercial-NoDerivatives 4.0 International License. 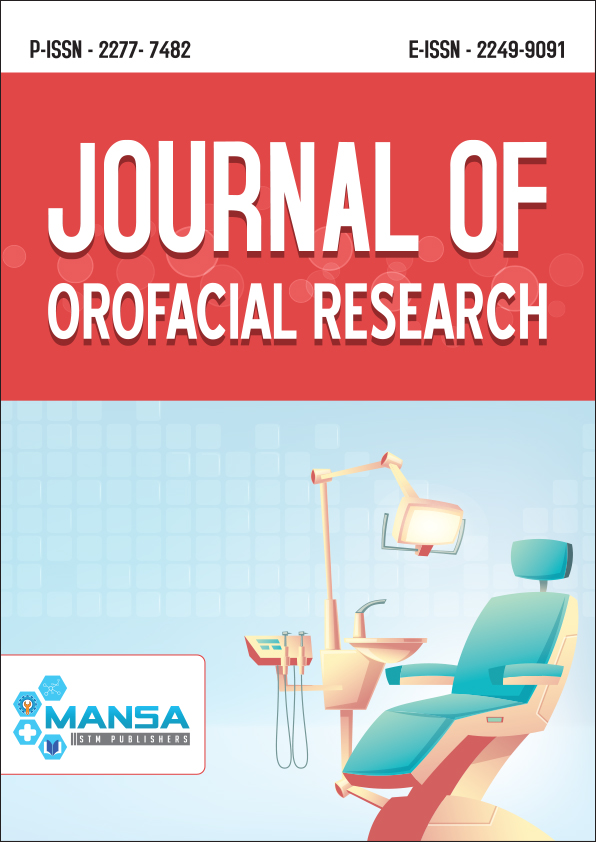